In 1959 a small temporary timber framed church was built to provide a place of worship for the area. St. Wilfrid's church became a chapel of ease to St. Oswald's. No one imagined it would still be serving as a place of worship in 1999. In the early 1970's boundaries were drawn-up and the area was given the status of a parish.

Before the area became established as a parish, St. Wilfrid's school was built on Golborne Rd. to cater for the education of the Catholic children in the area and thereby alleviate the over-crowding at St. Oswald's school at the time. Over the years the school has grown from strength to strength. The first parish priest established the parish house in rented accommodation in the council estate. The parish house remained at Conway Road until 1990 when a small domestic house was built next to the church structure on Bolton Road. Within a year of building the house a proposal was brought before the archdiocese to extend it in order to build a parish office and enlarge the dining and kitchen area. This proposal was rejected.

Two building plots had been purchased at that time of building the parish house. It was proposed to build another house on the second site, which would be sold to provide the necessary funds to pay for the new presbytery. The second house was never built and the land remains unused. Initially I hoped that this extra site would be big enough to build a new church on it. After careful measurement it was considered too small and it was also discovered that the land was convenanted to Wigan MBC for the building of a small domestic dwelling.

Soon after the parish was established the committee of the Stubshaw Cross Labour Club decided to build a new centre behind the present church. The old Labour Club on Bolton Road now became vacant and the parish bought it to provide a social centre. I have been informed that the centre was closed in 1981 by the second priest due to increasing debts, financial loss and less than careful management. The centre was closed and the sale of the building raised enough capital to clear the parish debt and provide a new financial beginning for the parish. However, as a result the parish community has been disabled by a lack of meeting space for the various confraternities and parish activities as well as a place for gathering socially. The proposal for a new building would at least provide a much needed space for the gathering of small groups and some parish functions.

This website gives parents, teachers and schools information about recent changes to the sacramental programme. 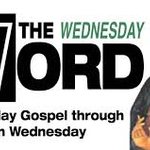 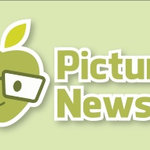